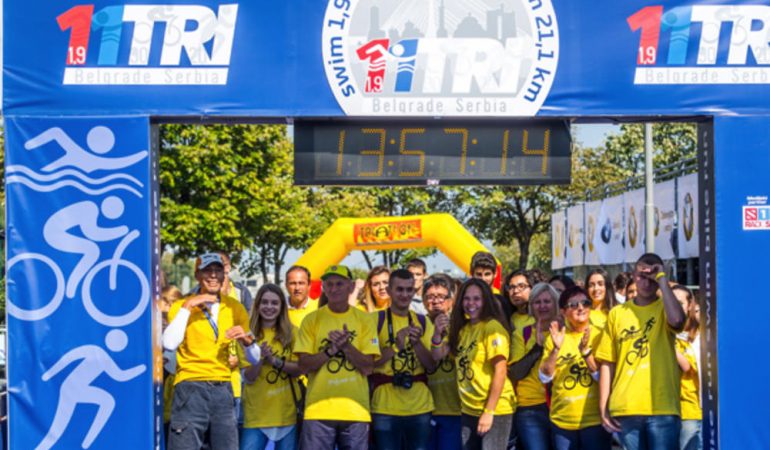 Modelling on elite world triathlon clubs, Belgrade will get its own, which will be a real oasis for fans of this very specific, but also increasingly popular sport in our country.

As the big 11Tri Belgrade Triathlon Competition, on Ada Ciganlija will be organized for the second time on September 23, this will be the gathering place for successful triathletes and all those who want to become one will be.

The 11Tri Triathlon Club, established in cooperation with the Triathlon Federation of Belgrade, will work on improving the sport in order to provide modern training conditions. Organizers announce that from October 1, when work is scheduled to begin, members can expect conditions worthy of elite clubs, such as professional coaches for all three sports, who will do individual training sessions with members. The club itself will feature state-of-the-art bicycle trainers and treadmills for the winter. Modern and comfortable conditions will be available to athletes on over 150 m2.

The 11Tri Triathlon Club will develop, among other things, training tactics that are tailored to everyone, in order to prepare them better for the competition in the coming years. Those who think they are ready, can take their first test at Ada Ciganlija in a race that was very well received last year. It is interesting that the race can be individual, but also in teams, which will divide their duties: swim as fast as possible for 1.9 km, ride a bicycle for 90 km and run for 21 km, on a straight track from Ada Ciganlija to Belgrade on the water. We would like to remind you that applications are open until September 15, one week before the race start.